It is morning, but the light has the warm soft hue of early evening. There is no sign of the oncoming intensity of midday. A pair of bare feet are planted on cool sand. Drifting amongst the waves of sand are knee high tufts of grass swaying like ships’ sails in the gentle salty breeze. The toes wiggle and feel the caressing gentle texture. Bending down on one knee, a crooked hand scoops up a million polished diaphanous perfections; the sun’s rays glinting from the glowing cascade as it flows between the fingers. Crests remain on the flesh, falling away as the hand reaches to the sky—in worshipful reverence. And there: the rich blue curtain above. A soft blue whose comfort creeps into every sense…

A gull effortlessly traces a diagonal line, as might a finger. It looks down with no other reason than to experience the imperfections of the land. Without a deviant twitch it draws its perfect eastbound line. From that direction, waves methodically lap an unseen shore.The sound belongs to the air, and the air to the sound—in the head not so very far away; it massages thinking to a vibrant clarity. Looking to the west there is an enveloping horizon of green. Trees stand in number, behind them a deep forest. Virgin golden sand spreads its body before the trees.Looking at the dry hands once more there remains but one grain on the palm.Bringing it closer to the eyes it appears intricately sculpted. But a breeze disturbs it and it rolls, then falls. . . . .

And so, with that, the feet are marshalled to motion. Forward, toward the trees. A lizard darts through the sand to catch a wind-carried insect. It chomps toothlessly on its prize fly and winks a Godless eye nonchalantly. Its tongue then licks each eye with a satisfied flicker, then once again, as if to savour the pleasure all at once staring everywhere and nowhere.Then off it darts, on the move once more.

Arriving at the dense jungle the tree branches beckon with their swaying soft lichen, each filament whispering in unison to the seductive chorus upon the wind. “Why decline?”… “Why decline?”… “Why decline?” At head height a web spans two vines and a spider, big and fat, sits poised at its centre. A portion of the web is broken, the spider’s legs working rhythmically on its parcel.On closer examination a maze of beautiful colour spans the spiders back, hairs primed to thoughtless action, eyes pure, infinite, black, reflecting perfectly the endless world about it. The forest envelops like an amoeba. A encapsulating canopy of growth. Looking down, an ant crawls over the bare feet. And there: the carpet of leaves, shifting, imperceptibly shimmering like a pool of water as life’s march continues hastily and unabatedly; insects carrying, climbing, running, hunting, deceiving. The decay on the forest floor, an endless commotion of change.

The jungle throbs inside the head to a thumping beat. A mesmerising cadence of sound, urging with every rise and fall: a primal drum, a primal calling. All at once a chorus of embedded insistent fear. A thrilling sensation pumping through the veins. “Take me back, take me back, take me back!”, beats the heat of the forest. Take me back: to the sand, and the grass, and the sea. There is a longing now for the infinite perfect blue sky. But the golden grains of sand are no more. The jungle is all encompassing. The jungle is all there is and all that can be known: a throbbing cacophony. Flat hands press to the ears, eyes squeezing tight shut, tears fall from the cheeks. And then, as rapidly as the acknowledgement of isolation touches the soul, it leaves, like a expulsion of scentless vapour. The eyes open to a cave’s gaping mouth. A cool, calm oasis of refuge.

It’s gentle draft soothes and caresses the skin, a floating sensation to the depths, a motionless drift into its folds. Stepping into the cave’s peaceful space, the ground falls away. But the hands, lurching forward, clasp a hanging vine. Clinging the vine, legs entwine as one and arms lift free of the dark void. Cradling from the ground up toward the canopy. The ground is distant and there is rest and peace on a broad branch. The tree’s bark has deep channels. Great crevices. The arms hug about the tree’s bow with gratitude. They hug this giant saviour that lifts the heart; the tree’s dark interior timelessly communing with the same longing. But a movement draws attention to a snake’s slither from among the leaves.

It waits with familiar cold calm eyes. And after some time it releases, and flicks its tongue. 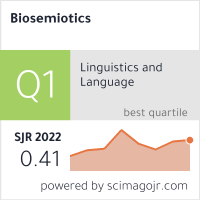